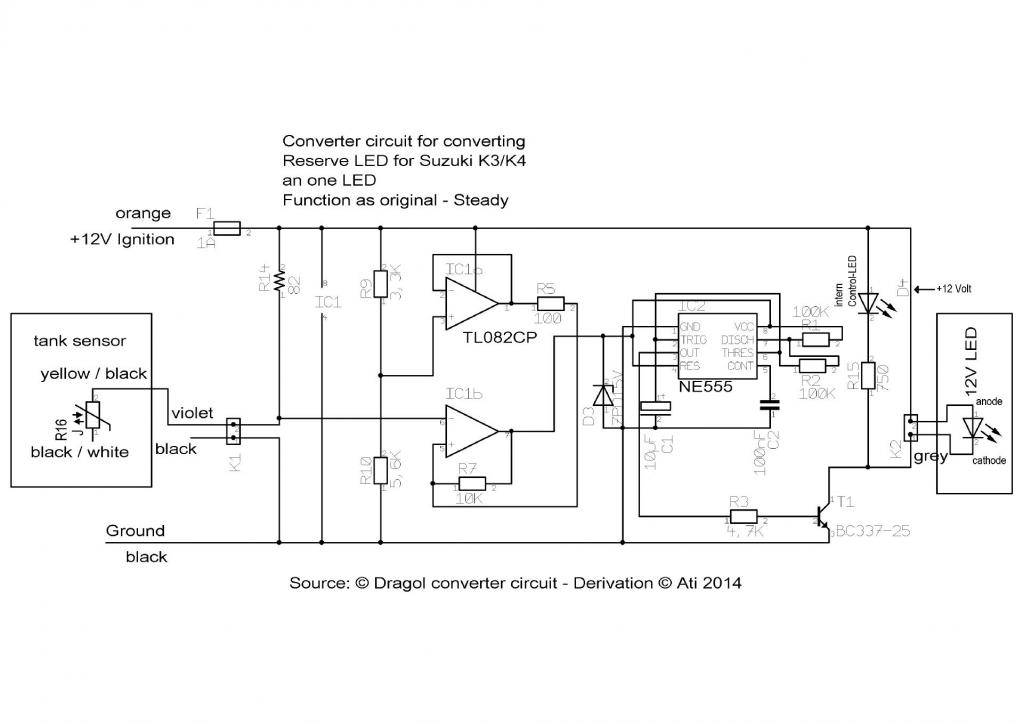 Equivalent circuit for the Suzuki SV 650/1000 when the original speedometer is exchanged for an accessory speedometer.
here there is the wiring diagram for download

Note: The operating voltage is not stabilized. Thus , the circuit may very well respond to changing power in your motorcycle. Since the components operate in a linear , all the measurement points to move simultaneously. The circuit is thus stable.

optional part : At the output of the comparator could turn an LED to ground. The functional fuel gauge was already finished
. In the example , the LED should flash but . This assumes a downstream astable multivibrator. On the basis of the timer NE555 can be something realized with little effort. The output of op-amp switches directly on the operating voltage of the timer on and off.

The whole circuit was with me on a sample board with the dimensions 4cm x 2cm square. And all this without SMD - use .

With a small expansion of the circuit to a second comparator , one can also use the second NTC Suzuki tank with newer sensors. The output of this comparator can then drive the transistor of the LED directly , which corresponds to a steady light. Thus, both functions of the OEM gauges are shown . Only then flash continuous light .